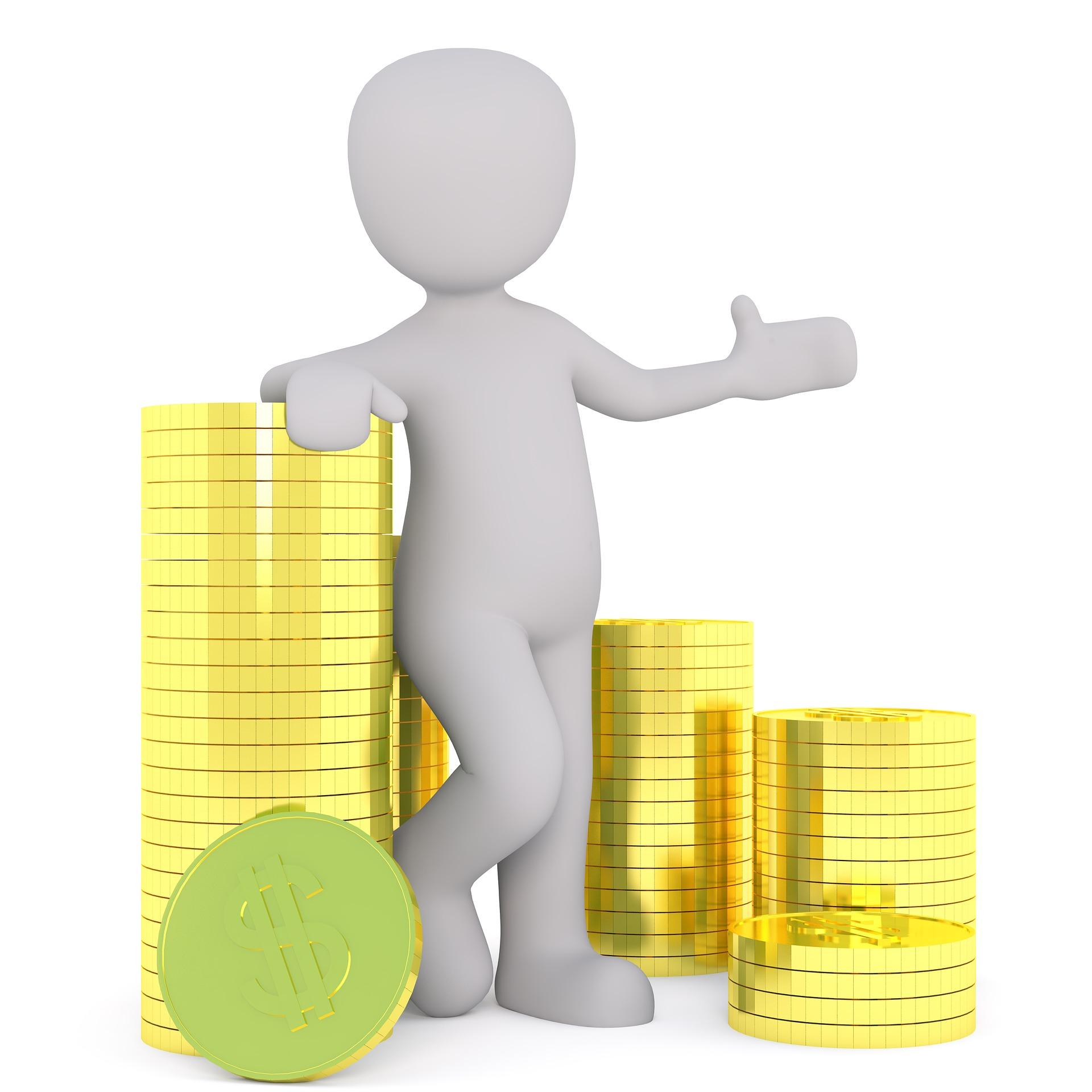 Here's another 'carrot' argument, where doing the right thing will result in being financially rewarded in terms of increased profitability. Once again, we're not saying that employees should simply be considered as 'resources', 'assets', and the like. We strongly believe that you should treat people properly because it's the right thing to do. The fact that it also stacks up as an obvious business argument just makes it a no-brainer.

From a business point of view, it would seem ridiculous to build an expensive machine, but disable all the safety features, switch off any monitoring systems, and not do any maintenance on it. And then to just sit back, ignoring all the warning signs and ominous grinding noises, until eventually it seizes up or falls apart, not only stopping working and having to be written off, but potentially failing in such a catastrophic way that it damages everything around it. Or alternatively, to build an expensive machine and then just give it to your competitors. These approaches simply don't make sense, do they? So, why would you treat your employees like this?

The longer your company operates, the more value you have invested in a number of intangible assets that may not show up in an obvious way on your balance sheet. These can have considerable value to your business, and be both time-consuming and expensive to replace should they be lost, so you need to protect them.

Whilst inefficient and demotivated staff can easily generate less income than they cost, that's not the only way in which a dysfunctional workforce can provide a poor return on your salary investment. As well as the short-term return from the income that they generate in exchange for a salary, you've also made a much longer term 'human capital' investment. There's both the time and money spent on the recruitment and training of your staff, as well as the business knowledge they've acquired whilst they've been working with you. The return from this isn't immediate, but accumulates as an asset over over the long term. Ultimately though, you'll receive the benefits that their higher skill and more experience brings, namely improved efficiency, increased productivity, or a higher charge-out rate.

If you allow a toxic working environment to fester, not only do you damage your short-term return as demotivated staff become less and less effective, but also put your long-term human capital investment at risk. Stress can seriously affect the health and well-being of employees, with mental health issues in particular being one of the biggest causes of long-term sickness absence. As a result staff can be unable to work for extended periods of time, or even forced to leave employment completely. In addition to being personally devastating for the employee involved, and a clear breach of your duty of care as an employer, it also means that from a business perspective you won't be able to benefit from the asset you've invested in.

And what's more, irrespective of the impact on their health, unhappy staff may simply choose to leave. People are often as much, if not more, motivated by intrinsic rather than extrinsic reward. Which means that it won't matter how much you pay them, if they don't have the job satisfaction or type of working environment that they require. If they're unhappy, your asset can simply walk out the door, at which point you've lost all your investment and will have to start again. And even worse, they might well go to work for one of your competitors, taking all your working processes, client relationships, and intellectual property with them. In which case, someone else will ultimately benefit from all the time, money, and effort you've invested.

Also, if an employee leaves, not only have you lost both their short-term earning ability and long-term human capital, your actual time and money costs will increase, since you'll need to arrange both temporary cover and recruitment of their replacement. Then there's the collateral damage caused by the corresponding increase in workload suffered by those remaining, and the gossip, rumour, and subsequent impact on morale resulting from a respected colleague leaving. And the thing is, the people who go will be your best ones, those that provide the biggest return on your investment in them, simply because they are the ones who can most easily get another job elsewhere. Conversely, the people who stay will be your worst ones, because they can't easily find alternative employment. And since it's precisely these ones that exacerbate the current problematic company culture, you'll face an inevitable downward spiral which will seriously affect your ability to function as a business.

As your business has grown, human capital is not the only long-term investment you've made. You've also spent substantial time, money, and effort in developing your brand, reputation, and client trust. And this can be destroyed in an instant, either by your employees bringing it into disrepute through their individual actions, or by your poor working practices becoming common public knowledge, through legal action or whistle-blowing. Just ask all those companies that have be hit by an employee social media faux pas, or embarrassing tabloid incident. Or look at the many recent news scandals concerning minimum wage, right to work, modern slavery, pay inequality, discrimination, and so on. In fact, the government has embarked on a deliberate policy of publicly shaming employers flouting minimum wage legislation, precisely to punish them through damaging their reputation. Meaning that in the event of workforce related legal problems, you don't only face the one off hit of a fine, but also the cost of rebuilding your brand, and the cost of lost business whilst you do this.

Once your brand is seen as toxic, not only will you find it harder to attract new work, even existing clients will try to distance themselves from you, so that your negative publicity doesn't rub off on them. Which means you could easily lose a steady repeat business client with an enormous lifetime value. Likewise, if you acquire a reputation for treating staff badly, you'll also find it harder both to keep good staff and recruit new ones, impacting both your ability to operate as a business and your human capital investment discussed previously. You only need to Google recent high profile cases to see the considerable impact that brand damage resulting from negative publicity about workforce issues can have on your bottom line.

In fact, the government has embarked on a deliberate policy of publicly shaming employers flouting minimum wage legislation, precisely to punish them through damaging their reputation. Meaning that in the event of workforce related legal problems, you don't only face the one off hit of a fine, but also the cost of rebuilding your brand, restoring client and employee trust, and the cost of lost business whilst you do this.

The need for people processes

We can put a tried-and-tested, legally compliant set of people policies and procedures in place that supports the aims of your business. Once everyone knows how things should be done and what the rules are, misunderstandings and ambiguity will be avoided, and a consistent right-first-time culture promoted. And since it's immediately obvious when the line of acceptable behaviour has been crossed, any necessary corrective action can be taken early on, whilst the issue remains a minor one. Making it clear what you expect from your workforce, and likewise what they can expect from you, allows you to build a two-way relationship with your workforce based on mutual trust. Which is good for your business, since it means your staff can be relied on look out for you and go the extra mile when needed, because they know you'll do the same for them.

We can help you manage the immediate impact of excessive staff absence and turnover, as well as addressing the more deep-rooted causes of the morale or health issues typically underlying these. We'll enable your staff to feel confident that they can develop satisfying long-term careers within your company, where they feel valued, rewarded, and able to develop to their full potential. And the consequent improvement in staff presence and retention will mean that you get the best return on you long-term people investment. A win-win situation for everyone.

Marketing is expensive, and so is recruitment. But by maintaining a good reputation as both an employer and supplier of choice, you'll not only keep the clients or staff that you already have, but attract more simply through word of mouth recommendation. And not having to spend time and money actively marketing or recruiting simply to maintain the status quo, means that you can instead focus on moving forward and developing your business for the future.

We can train, mentor, and support your managers, so that they have both the necessary HR and employment law expertise, and the confidence to effectively use it. Empowering your managers to resolve people issues and develop staff within the guidance of an HR framework will create a solid first line of defence to protect your long-term workforce investment. Since you can then rely on your people polices and procedures being fairly and consistently applied, there will be one less thing you have to worry about personally. And how much is that worth?